What do second books and sinking ships have in common? 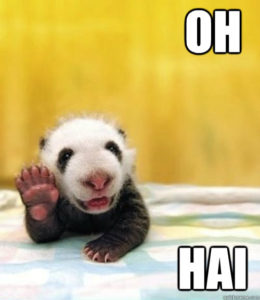 Today I’m going to tell you a very interesting story. It is the story about an author who had some success with her first book and was then tasked with writing her second book. And suddenly, this author completely forgot how to word. She looked at her editor and said, “Wat u mean, buk? Wat iz this ‘buk’? Pleaz no”. And then she wept a giant ocean that washed away everyone in the world.

It’s taken me a long time to talk about this because:

#1: I was terrified that I would literally NEVER be done with my second book

#2: I was terrified that no one else in the history of the universe had ever had this happen to them

#3: I was terrified that having to rewrite the g*dd*mn book two thousand and eleven times meant I was an awful writer

See the common thread there? Fear. I was so afraid of so many things I was having trouble keeping them straight in my head. But then I decided, hey, I don’t really want to let fear rule me. I don’t want this to be some kind of shameful secret I never talk about. This is real life, right? It’s hard. Sometimes you sit at the desk and write 2,000 words of total crap. Sometimes you have to scrap the entire book and start over. Sometimes a major plot point just doesn’t work no matter how much you try to force it to work, like Cinderella’s evil stepsisters jamming their big feet into her glass slipper (I’m a Disney fan, let me have this metaphor). I refused to believe I was the only one this had happened to.

So I reached out to other writers. These are all very successful, talented people, women I truly admire and respect. And you know what they told me?

SECOND BOOKS SUCK, YO. JUST KEEP ON KEEPIN’ ON.

It was such a relief to hear it. I still had to do all the work to make that second book work, of course, but knowing I had these sister writers out there who’d been through the same thing (or were currently going through the same thing) helped so much. It was like we were in this giant, beaten-up ship, all frantically trying to plug the holes on the bottom and repair the tattered sail and keep the pirates at bay. I’d thought I was doing it by myself, but when I shone a light in the dark, it turned out I wasn’t alone at all. We were in it together.

And you know what? I did finally cross the finish line, and I have to say, I’m prouder of From Twinkle, With Love than I am of When Dimple Met Rishi, which came so easily to me. I feel like Twinkle and I have been to war together. I want to crack open a bottle of gingerbeer and share it with Twinkle while we talk about the good/bad ol’ days.

Entertainment Weekly revealed the cover and exclusively posted the first chapter of From Twinkle, With Love. Bustle featured an extended excerpt (and details of the preorder campaign!). It feels like a badge of honor, like I’ve really accomplished something when people reach out to tell me they love Twinkle and Sahil. And I’m so glad I went through all those rewrites, that I didn’t settle for what felt good enough, that my editor pushed me and pushed me to make it better. Don’t get me wrong, back then I really wanted to throw my computer out of the window and follow it, but looking back? I wouldn’t have done it any differently.

So if you’re a writer–pre-published, published, hobbyist–I want to tell you something. When you feel a project isn’t working, listen to your inner voice. Even if it means rewriting the entire thing, do what you think will make the project the best thing it can be. You won’t regret it. And as you tackle those mindmelting changes, know that Twinkle and I are toasting you with a bottle of gingerbeer.