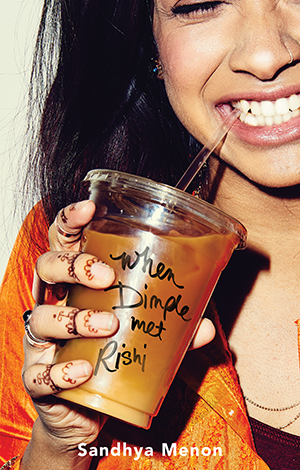 Soon to be a Netflix India TV show, available to watch globally! Read more about that here. 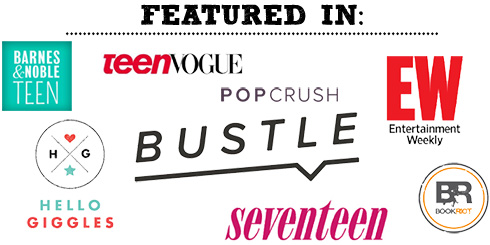 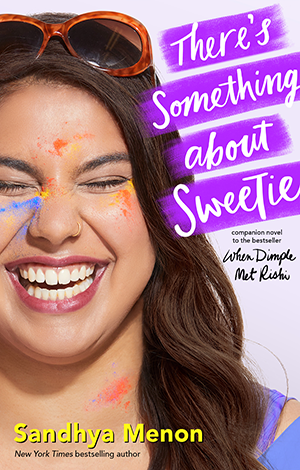 One of Audiofile Magazine’s Best Audiobook of the Year!

As Kismet Would Have It 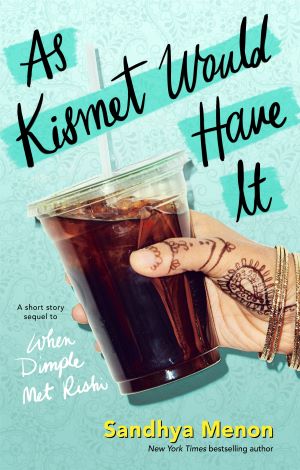 Will Dimple and Rishi find their happily ever after? Find out in this funny, romantic, endlessly charming enovella companion to the New York Times bestseller When Dimple Met Rishi!

Dimple Shah has a lot of opinions about marriage, but they boil down to this: It’s not for her. Sure, she loves her boyfriend, Rishi, but why does she need to validate that with an institution that has historically never favored the woman? Why go through all that hassle?

Rishi Patel deeply disagrees. He believes in the power that comes with combining love and tradition, and when the time comes, wants nothing more than to honor those things in a huge celebration with his friends and family. He knows Dimple loves him, but in hearing her rant about how marriage is a “construct of hegemonic masculinity” for the millionth time, a small, niggling part of him worries that it’s not the institution of marriage Dimple has a problem with; maybe it’s him.

The two lovebirds find themselves at a philosophical impasse. Can they find a way to work it out, or does kismet have other plans? 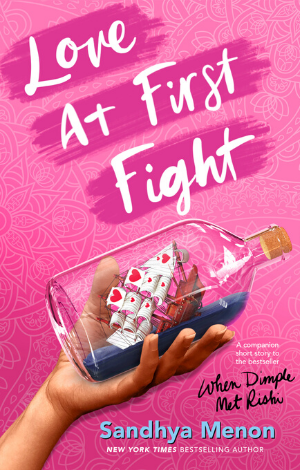 Ashish Patel has never considered himself a hopeless romantic. But now that he’s found his other half, Sweetie Nair, there’s nothing he wants more than to celebrate love in all its forms. So when Valentine’s Day rolls around and he hears about a romance-themed escape room, he knows it’s the perfect opportunity to bring together Sweetie along with his newly engaged brother and sister-in-law-to-be, Rishi Patel and Dimple Shah.

On their way to the escape room, the group runs into Pinky Kumar and Samir Jha—both friends to Ashish but nemeses to each other. Despite Pinky’s kneejerk reaction to the cheesy theme (which gets her a high-five from Dimple), the two of them agree to join the group.

The escape room is as insufferably saccharine as Pinky feared, but even she is surprised when she and Samir actually . . . work well together. Samir embodies everything Pinky despises—following rules, having no fun, consuming single-use plastics. Getting along with someone like him—a shiny Volvo when she’s so used to junkers—sends Pinky into a tailspin.

Sparks are definitely flying, but it’s unclear if that’s a good thing. Could this be love at first fight? 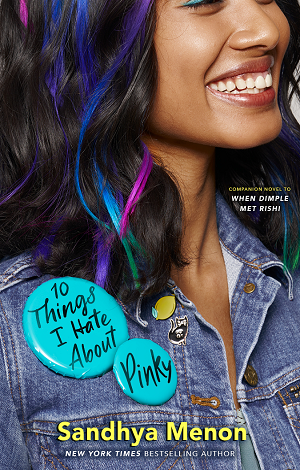 One of Teen Vogue’s 10 YA Novels with South Asian Characters!

One of Buzzfeed’s YA Romances We’re Loving this Spring!

One of Working Mother’s 12 Books to Help Your Kids Explore the World from Home!

~
“Stocked with Menon’s staple impassioned and contrary young woman lead[…] Highly relevant for today’s teen readers, this book will no doubt be a hit both with Menon’s existing fans and new ones.” –Booklist

“Told in alternating voices, transitions are seamless, and major conflicts and minor loose ends are resolved neatly and in quick succession. …[T]he novels delivers to fans of the genre with self-assuredness and heart.” –Kirkus